When I was a boy, one of my favorite TV shows was I dream of Jeannie with Barbara Eden playing a 2,000-year-old genie who gets freed from her bottle by an astronaut (played by Larry Hagman) with whom she falls in love. A few years ago I bought all episodes of the series on DVD and had a great time indulging in the atmosphere of the 1960s.

What I didn’t know then is that I would get to know this special ambience firsthand, live and in 3D. 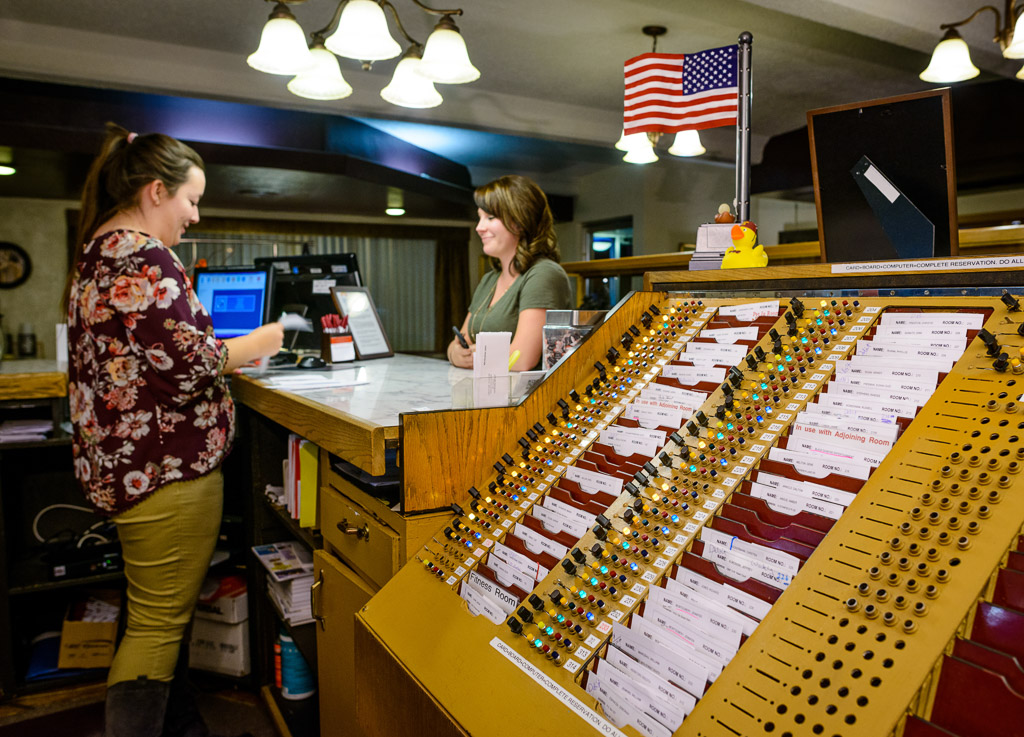 The Room Status Control Board at the reception desk. The different color lights indicate the status of each room.

In September of this year, I drove to Great Falls, Montana. It was a stop on my way to the Missouri Breaks (more on that area in a later post). I had read about a bar that was supposed to be quite noteworthy, the Sip ‘n Dip Lounge. It’s a tiki bar that opened in 1962, a time when Polynesian themes were ‘in’, and intended to take a look at and possibly photograph this establishment.

What I didn’t know before is that the Sip ‘n Dip is located inside a motel, the O’Haire Motor Inn, that perfectly preserves the style of the decade during which America, as ordered by John F. Kennedy, would put a man on the moon, both the Rolling Stones and the Beatles gained world-wide popularity, Barbie became a top-seller and technological advances were greeted with an innocent optimism that is hard to imagine in our time.

When Edgar O’Haire opened this motel in 1962, he already had 12 years of experience running a smaller one in Shelby, which incidentally is one if my favorite towns on the Montana Hi-Line. He centered the design of the building around the travelers’ convenience, including features like a heated parking garage, TV and hi-fidelity music systems in every room, an indoor pool and a helipad that was popular with ranchers who came in with their ‘choppers’. With electronics just taking off at the time he built the motel, O’Haire had a Room Status Control Board installed. This allowed the staff to monitor the state of every room from the reception area and signal the maids when to clean a unit. 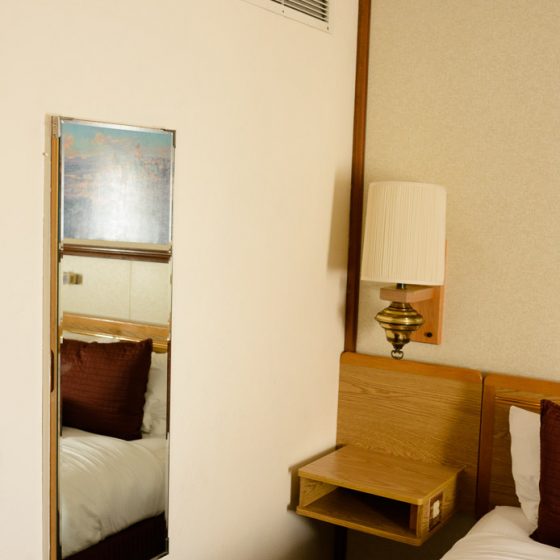 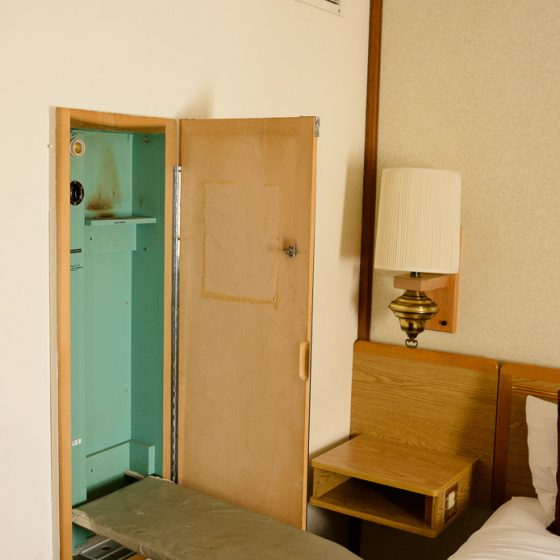 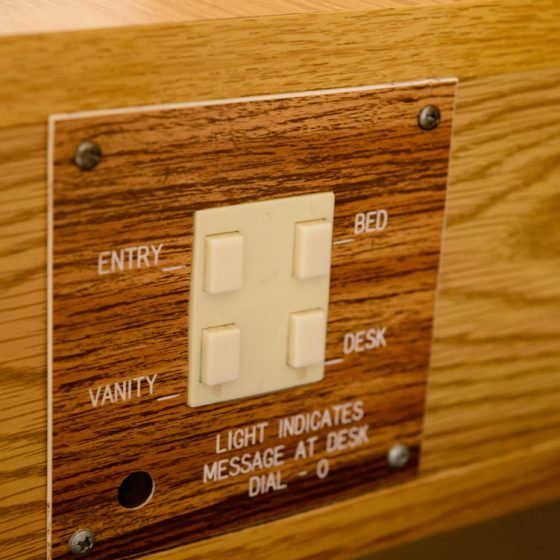 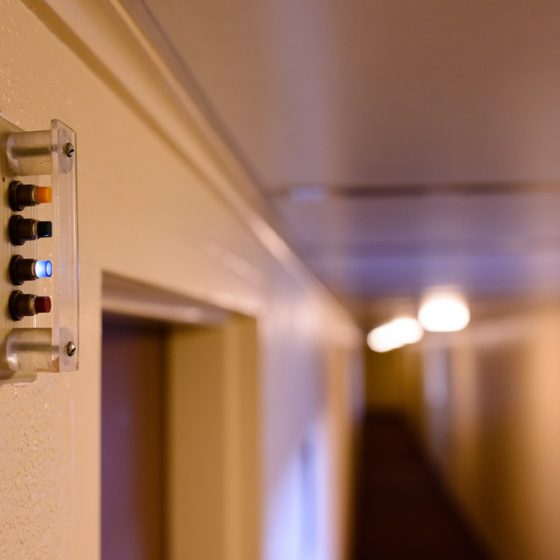 Walking through the corridors, examining the reception area and enjoying the Sip ‘n Dip Lounge made feel that Jeannie would come around the corner any minute.

The Sip ‘n Dip is truly special, too. Every night from Wednesday through Saturday, one or two women will swim in the pool behind the bar dressed up as mermaids, fishtail and all. The atmosphere is so cool that GQ magazine listed the place as #1 on its list of bars worth flying for. 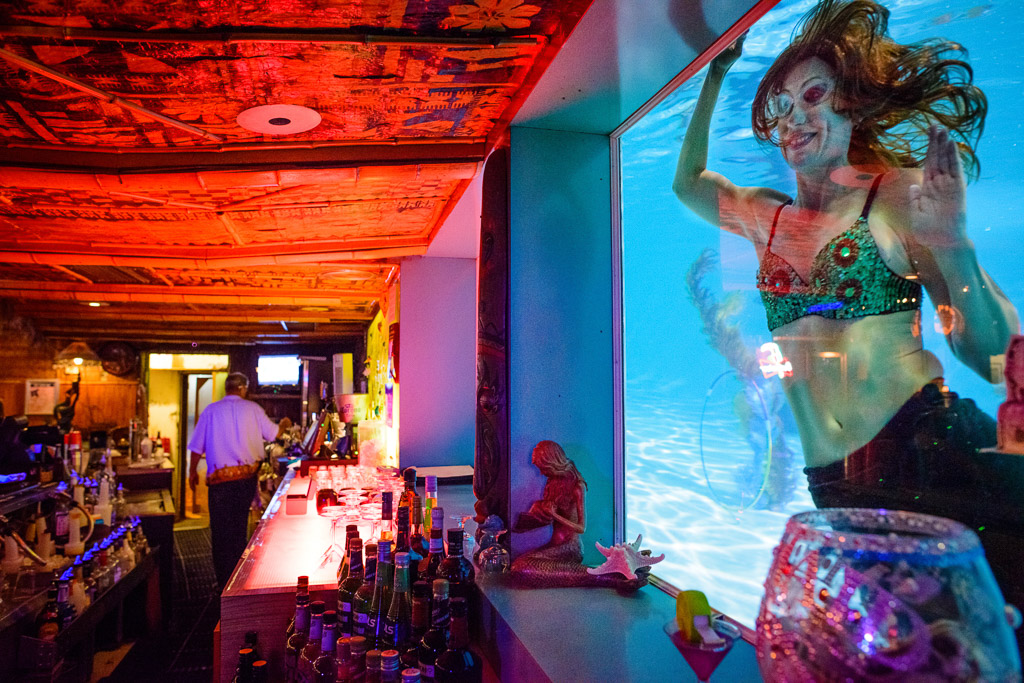 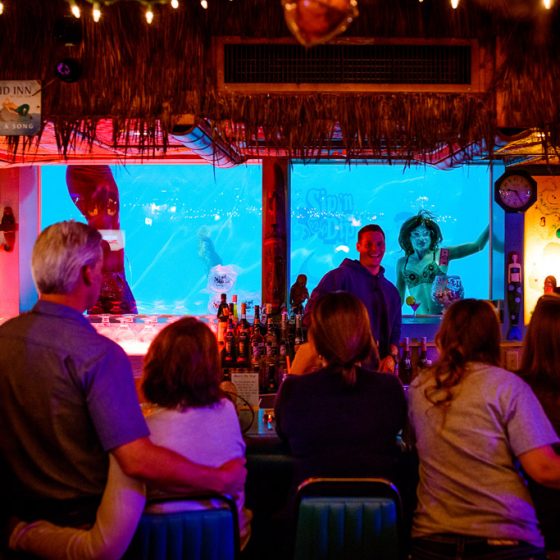 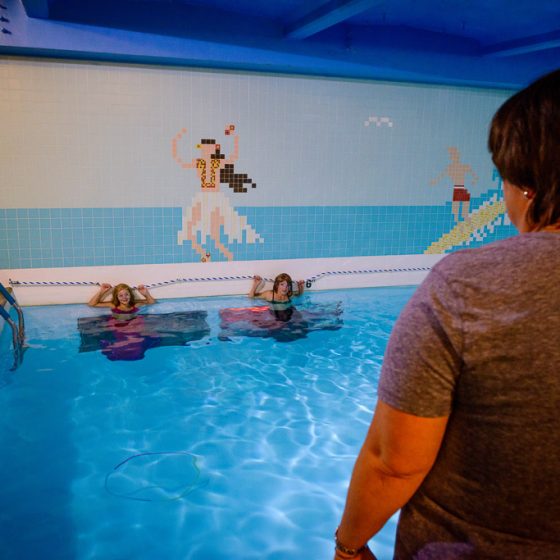 Holding her own against the competition of the much younger mermaids is “Piano Pat” Spoonheim. Pat is an octogenerian who started singing and playing the piano at the lounge in 1963. 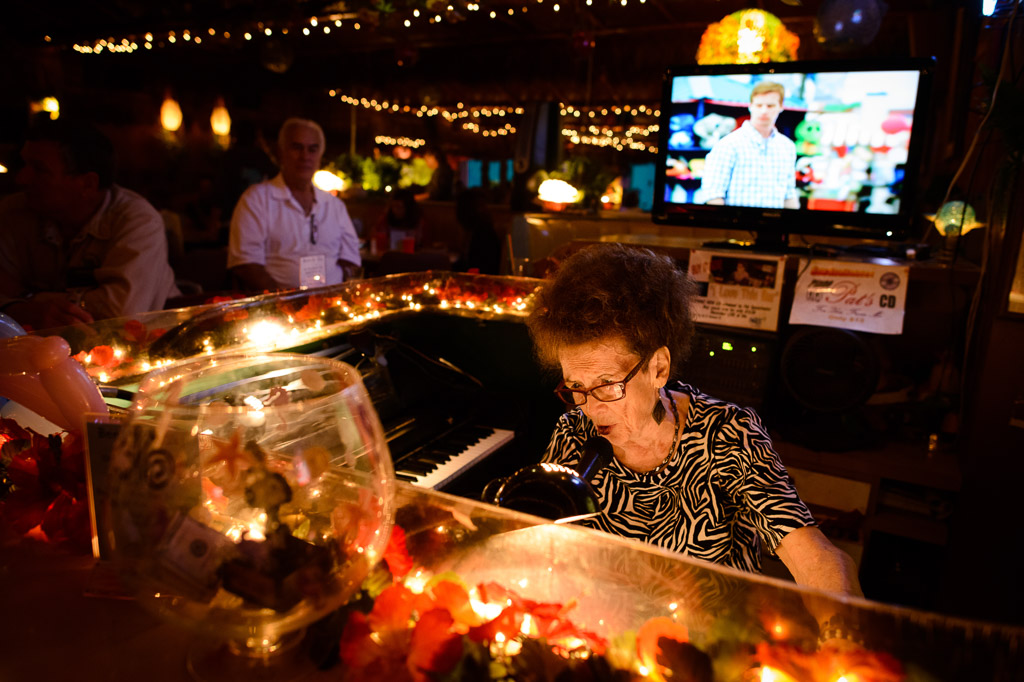 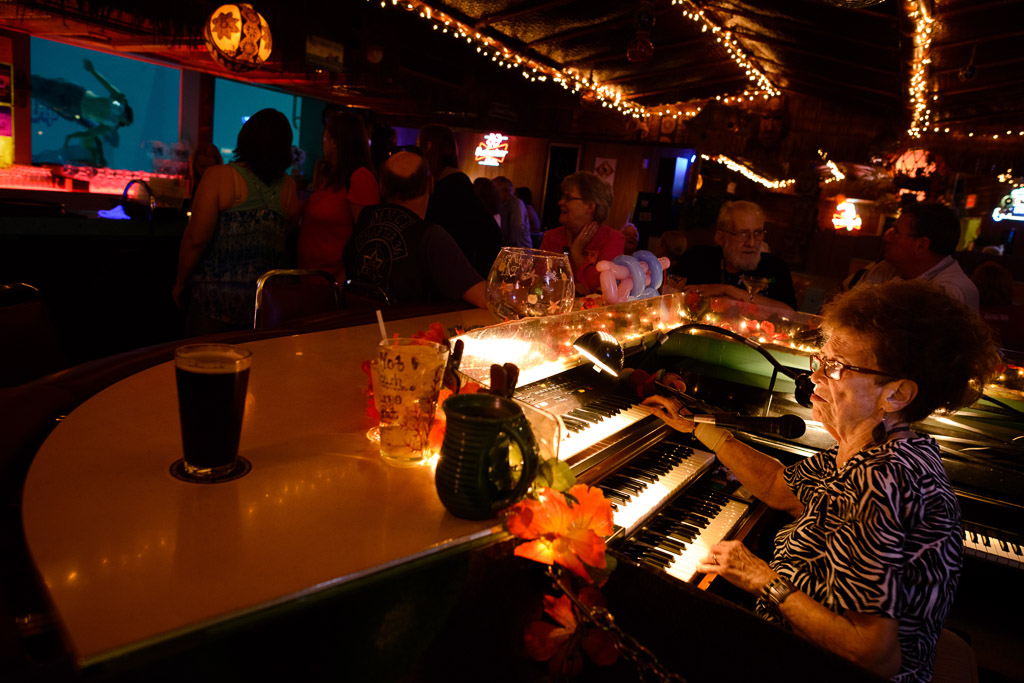 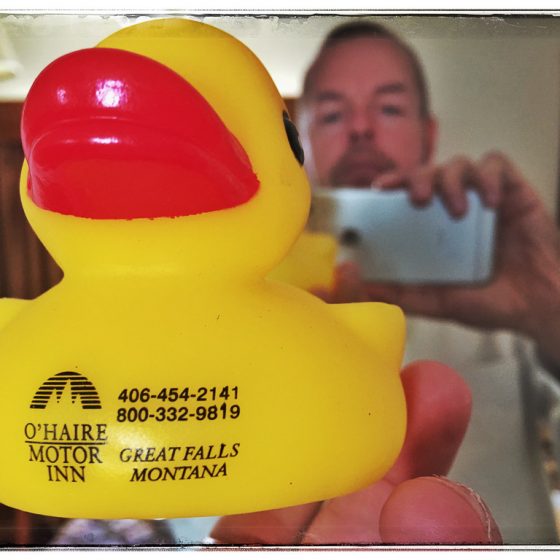 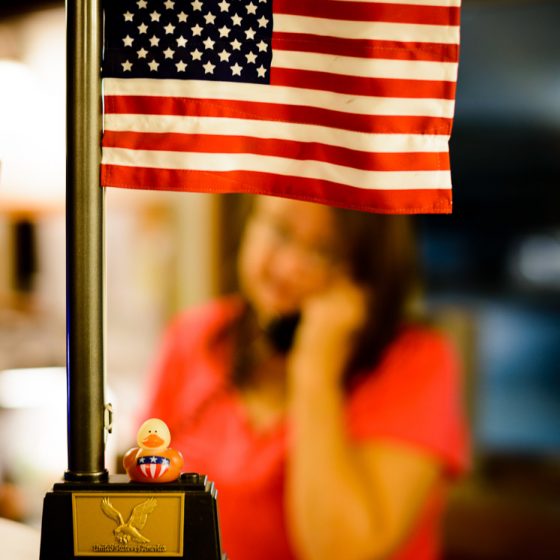 If you’re interested in getting to know more about the O’Haire Motor Inn, I recommend reading the 1966 article from the Tourist Court Journal at http://ohairemotorinn.com/history/. 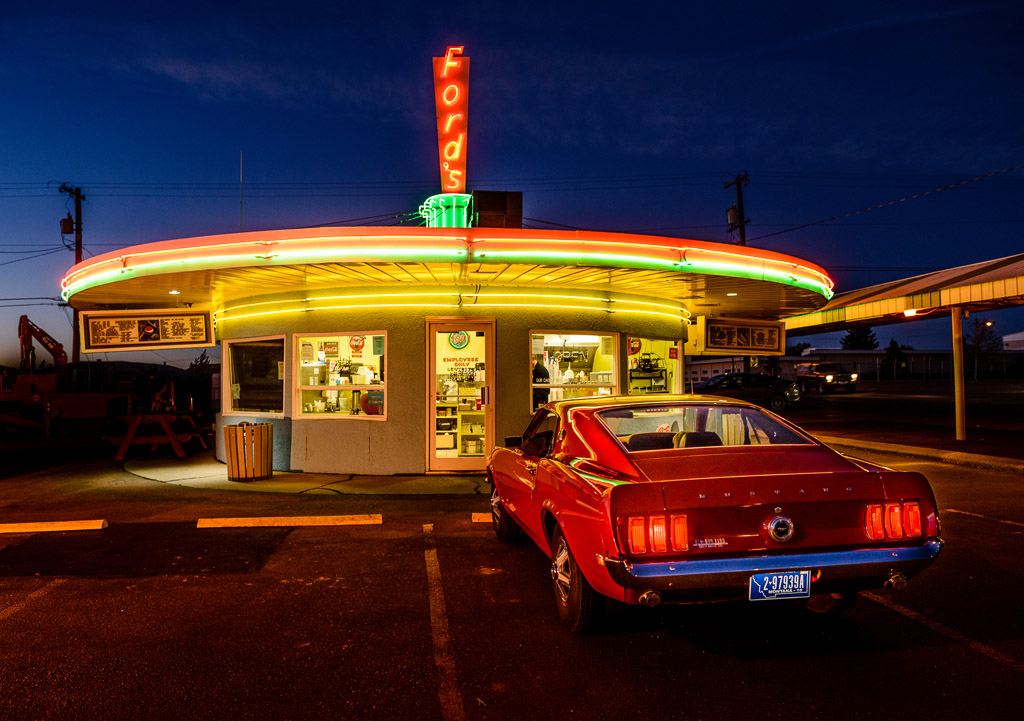 Another place in Great Falls that takes you back to the 1960s is Ford's Drive-In. The Ford Mustang shown in this picture was introduced in 1965.