It was Thomas Hoepker I was talking to. He is one of the most influential German photojournalists of the last fifty years. When I was a little boy, Hoepker worked for STERN, then the magazine with the highest circulation in my country. As my family didn’t have the means to travel a lot, my mother and I would read all the articles they published about life in different places of the world with great interest. Many of these articles were illustrated with pictures by Thomas Hoepker.

In 1976 he and his wife Eva Windmoeller, who also was a journalist, moved to New York City where he worked as a correspondent for STERN. It’s safe to say that he had significant influence on my picture of the United States. Later on he became Director of Photography at the American edition of GEO. In 1989 he joined Magnum Photos and was the agency’s president from 2003 o 2006. 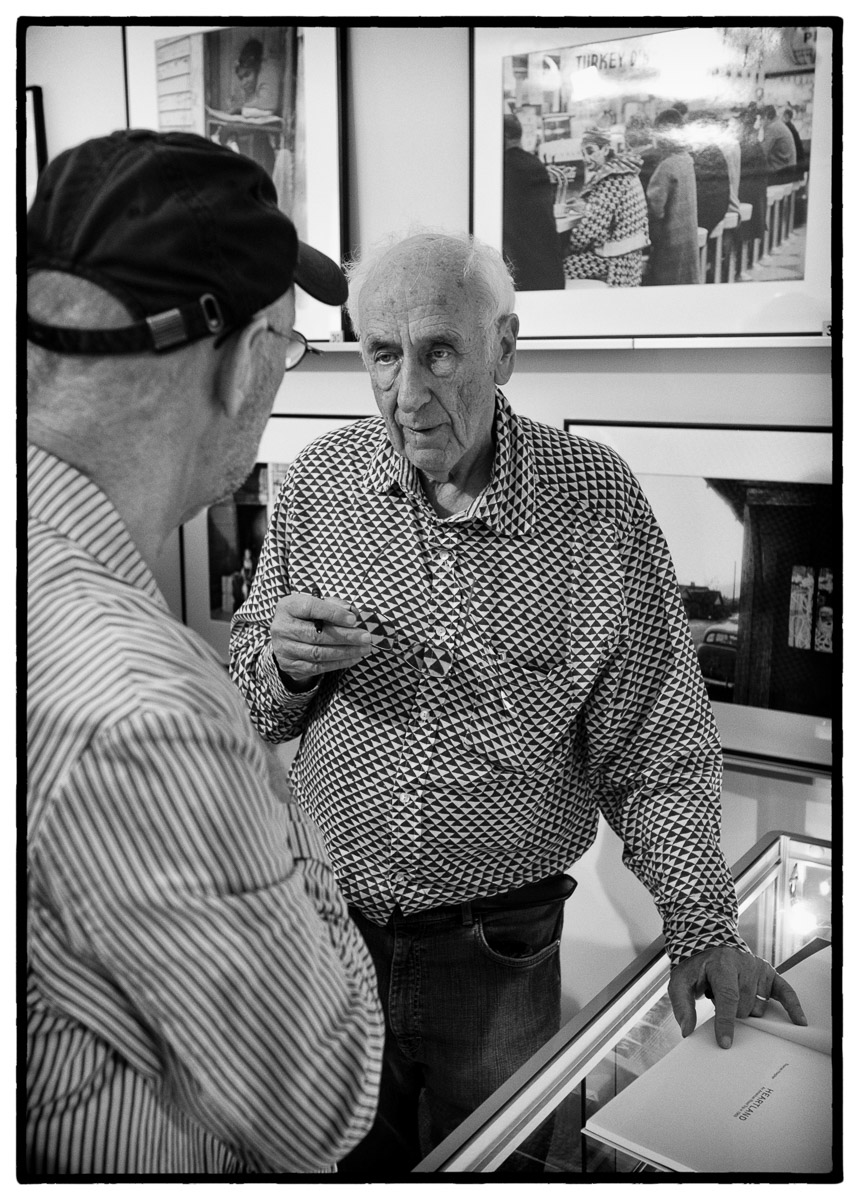 Thomas Höpker at the opening of his show at in-focus Galerie in Cologne.

In September of 2014, thirty years later, I was talking to him at a small photo gallery in Cologne, in focus Galerie. The gallery showed his exhibition “In Amerika – 1963-2013” and he was there to sign his books. At age 78 he still has an impressive presence.

Hoepker was fortunate insofar that he got to travel to the United States in 1963, when his employer at the time, the German magazine Kristall, sent him and a writer to travel the country for three months. His pictures from the trip clearly show the influence of Robert Frank, who had published his book The Americans just five years earlier.

Following this story he began to travel around the globe. Yet he always returned to the U.S., where he photographed a number of essays, the most famous of which is about Muhammad Ali. Eventually he produced a book on Ali, Champ. 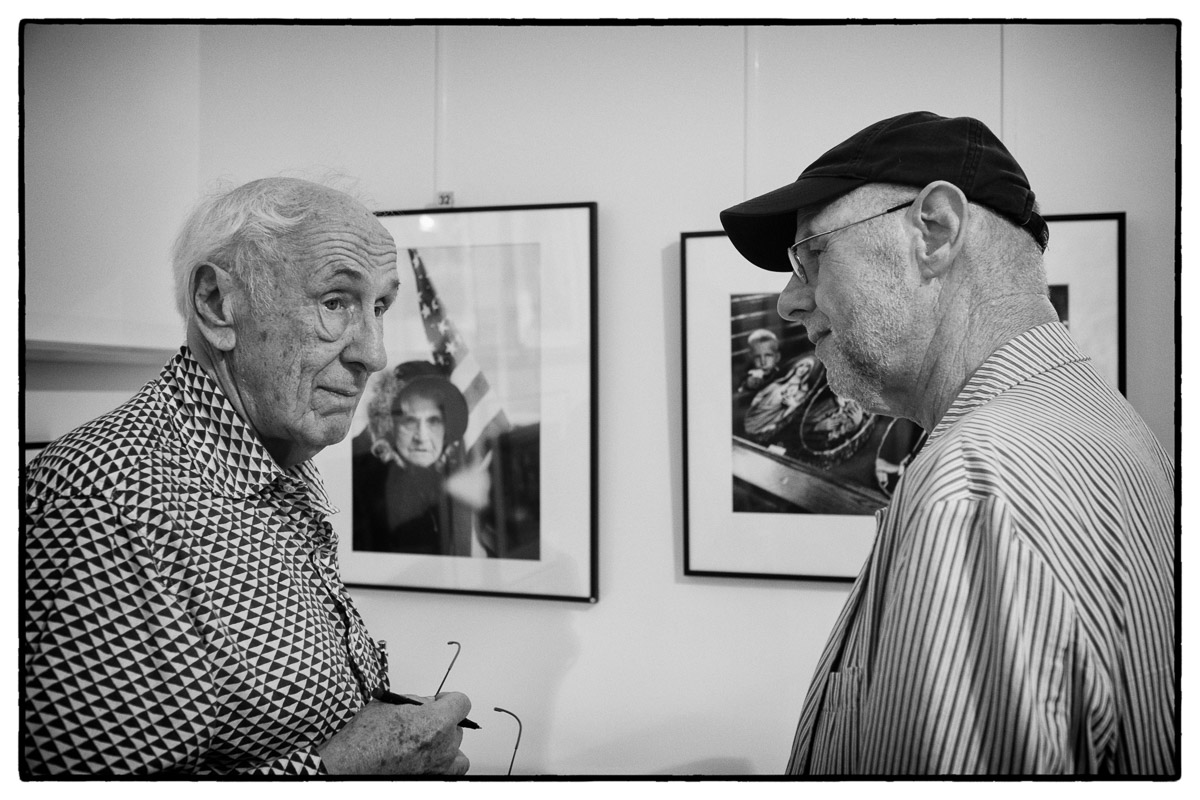 Thomas Höpker talking to Rolf Adam at the opening of his show at in-focus Galerie in Cologne.

Hoepker was in New York City when the 9/11 attacks happened. One of the pictures he took that day became iconic. You can see it here.

His latest book just hit the market. Wanderlust is a retrospective of his long career. Its strength, showing pictures from a multitude of locations and situations, is also its weakness. Personally, I would have enjoyed a more structured approach, maybe with chapters dedicated to certain subjects or ideas. Yet for anyone looking for a comprehensive presentation of Thomas Hoepker’s work, this book is a must-have.