There are automobiles that have made history. Some did because they were fast, like the Ferraris and Porsches. Others because they represented the owner’s wealth, like those made by Bugatti and Rolls-Royce. There are those that are famous for their beautiful looks and those that have revolutionized automotive technology, like the Toyota Prius and the Tesla cars do now.

And then there are cars that have made history – because they were common. Cars that enabled the populations of entire countries to travel, to see places, to visit relatives, shedding the limitations imposed by railways and buses. The Ford Model T comes to mind, Italy’s Fiat 500, the French Citroen 2CV and, of course, the Volkswagen Beetle of my native Germany.

The second-most populous country on the planet, India, is home to an automobile that boasts a production span of 57 years. The Hindustan Motors Ambassador, a four-door sedan based on the British Morris Oxford Series III. Production started in 1957 in Uttarpara, West Bengal, not too far from Kolkata. 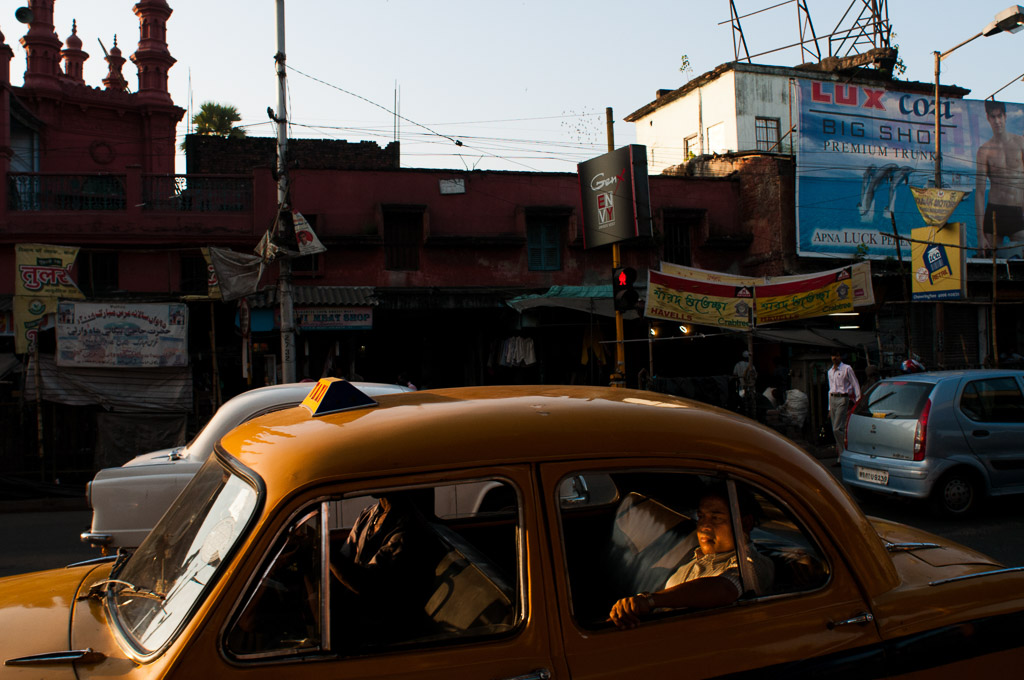 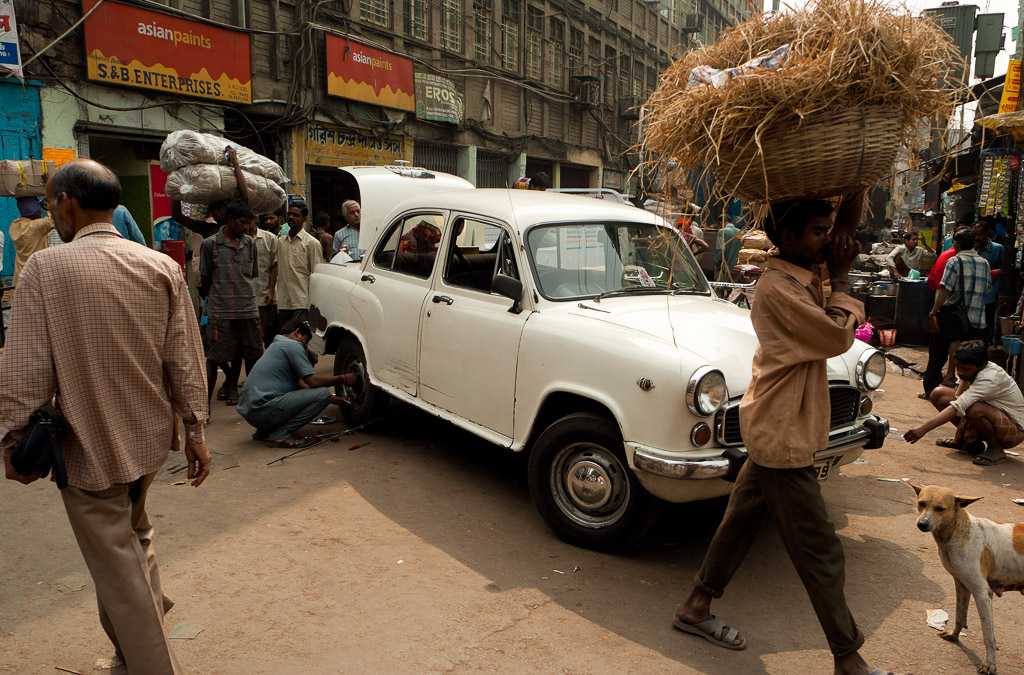 Changing a tire on an Ambassador at Barabazar, Kolkata.

For many years, the Ambassador was the quintessential Indian car. It was ubiquitous in the cities, mainly in the form of taxis or, sporting a white exterior, as the typical government official’s means of transportation. It was a status symbol for private owners and an icon of dependability and national pride for the political caste. When I was photographing in Darjeeling in 2008, the governor of the state of West Bengal at the time, Gopalkrishna Gandhi, a grandson of the Mahatma, visited the city. He was driven there in a Mercedes, but made sure to change into an Ambassador a few miles before he could be seen. It was simply expected of him to arrive in the vehicle that had been known for more than half a century as the car that was moving India. 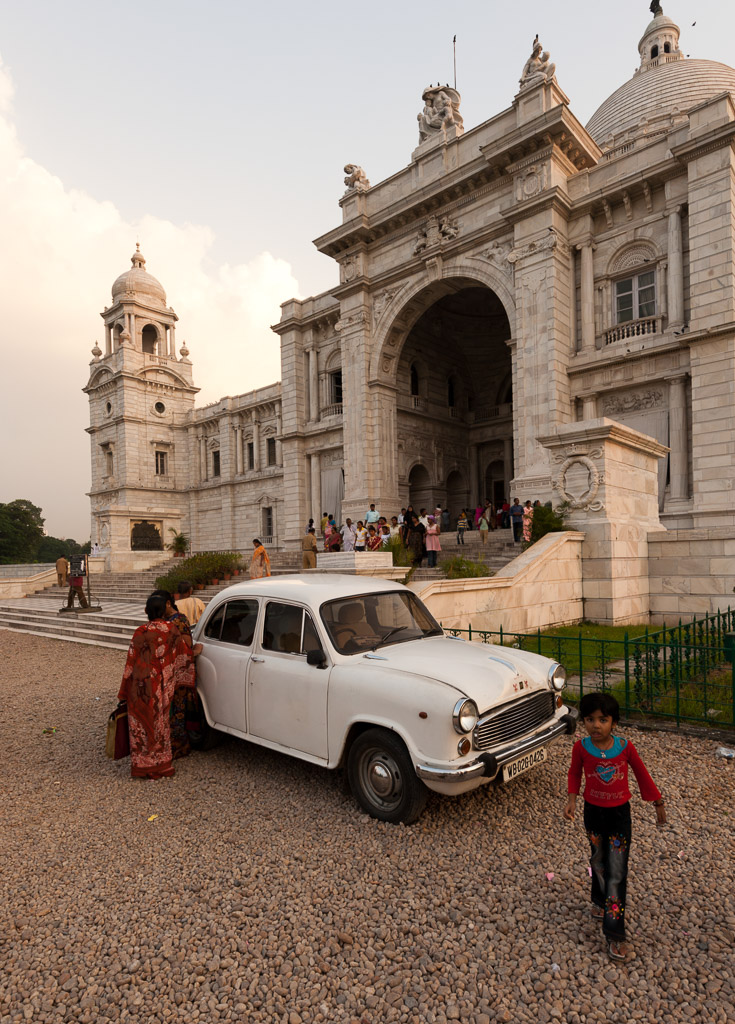 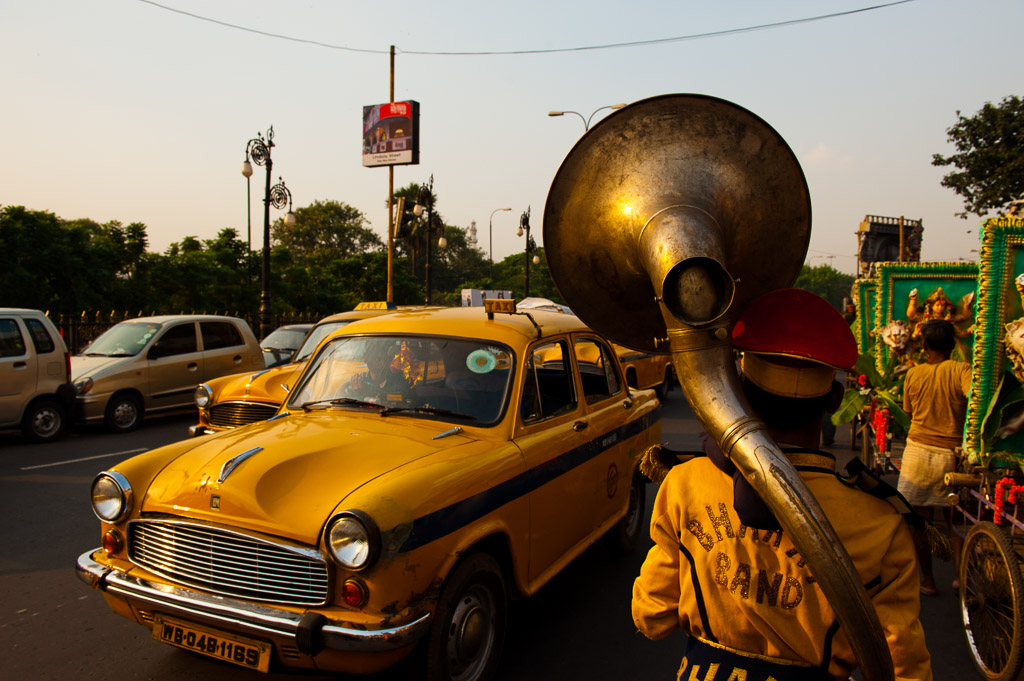 Ambassador taxi near the New Market in Kolkata.

However, the success story of the Ambassador was not to be continued for long. Production had been going downhill since about the mid-1980s, when competition in the form of the Maruti Suzuki 800, a far more modern automobile, hit the Indian market. Also, more stringent emission standards proved to be a challenge for the technological base of the Ambassador. Eventually the assembly lines stopped on May 25, 2014.

And that may have been a good thing. When I visited the Uttarpara plant, conditions reminded me of the times of the industrial revolution. Assembly took place in a huge, dark building. There was no automation nor were there any safety measures to speak of. It simply looked like an almost 60 year-old industrial operation that had never been modernized. In the foundry, where the engine blocks were cast, workers handled the glowing, liquid metal withour protective clothing. The air was so bad that my assistant had to go outside after ten minutes. 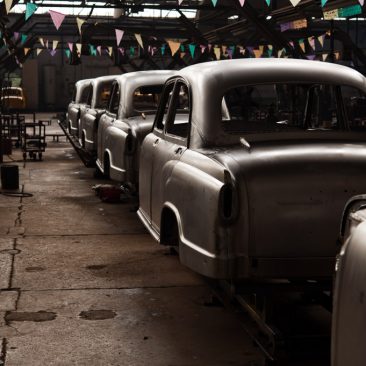 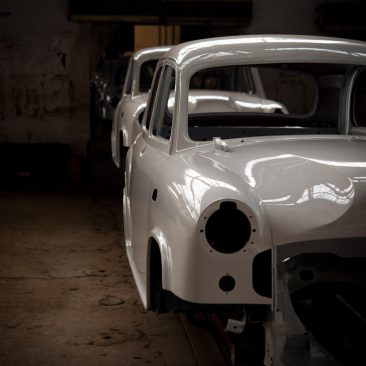 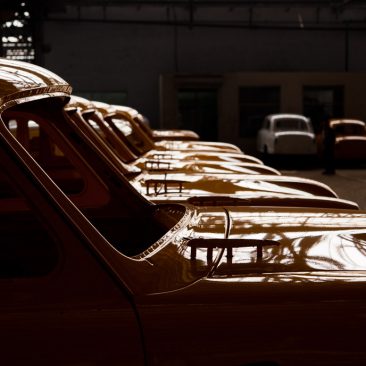 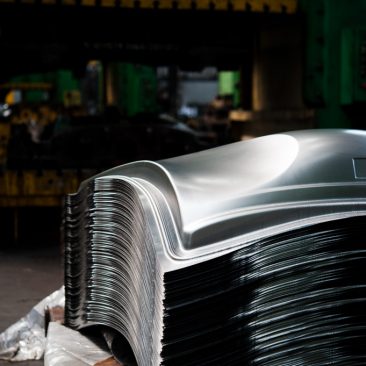 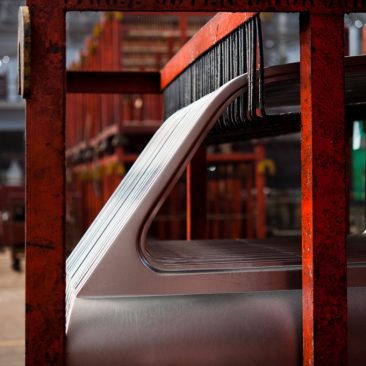 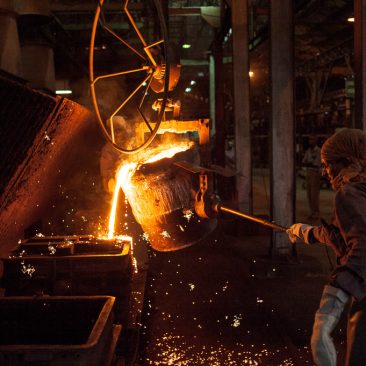 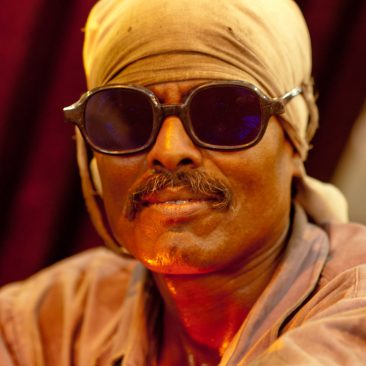 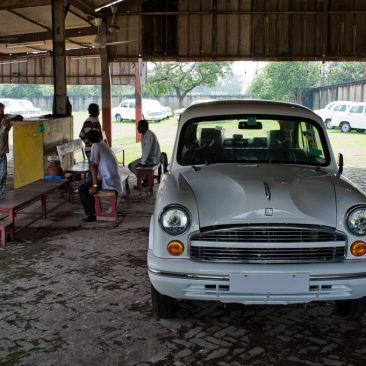 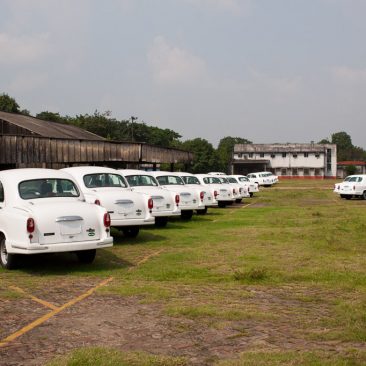 Still, in a way it is sad that the days of the Ambassador are over and its numbers are dwindling. Hopefully some collectors will save a few cars, to be admired in another 57 years. 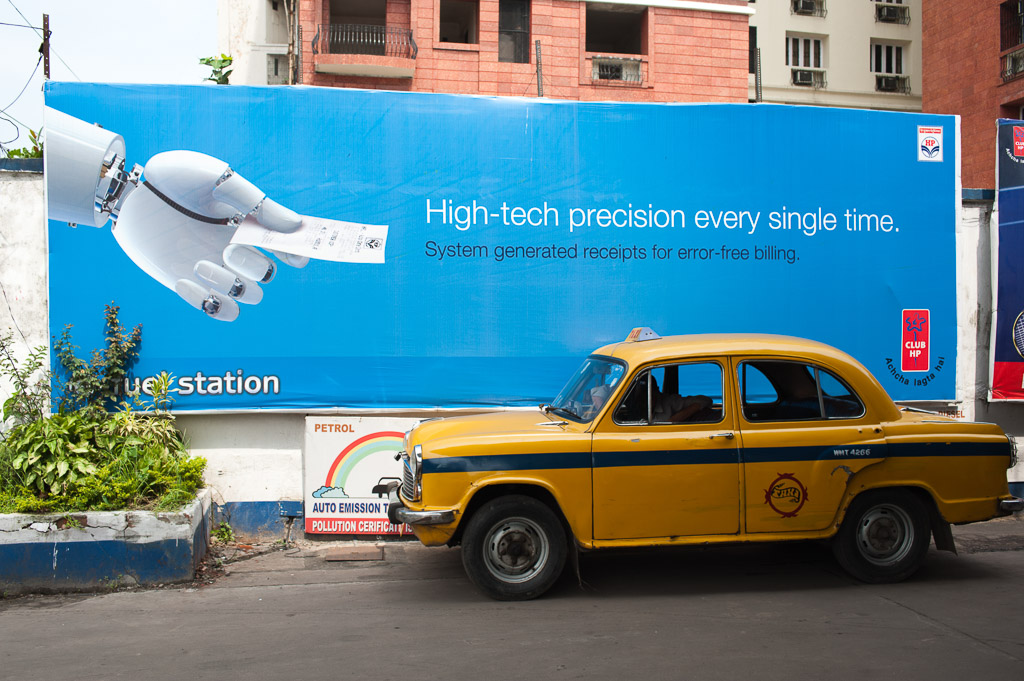