It was in June of 1994. I was in New York City for a few weeks, shooting on the streets and trying to capture the atmosphere of this fascinating place. Shortly before the trip, my late friend Günter Wehrmann had told me about a book on street photography: Bystander: A History of Street Photography by Colin Westerbeck and Joel Meyerowitz. As soon as I arrived I hunted down a copy of the book (there was no instant availability through places like Amazon in 1994) at A Photographer’s Place, a book store specializing in photographic literature. Every night after coming back to my hotel from my own efforts at street photography, I continued reading this book until I fell asleep.

Joel Meyerowitz is not just a scholar or critic of street photography. He is one of the masters of the genre himself. Back in the 1960s he roamed the streets of New York City with Garry Winogrand, Diane Arbus, Lee Friedlander and others. While Winogrand is best known for his black and white work, although he certainly didn’t ignore color, Meyerowitz completely switched to color film pretty soon. Compared to Winogrand, his work is less gritty and in-your-face, but often has a humorous twist to it. 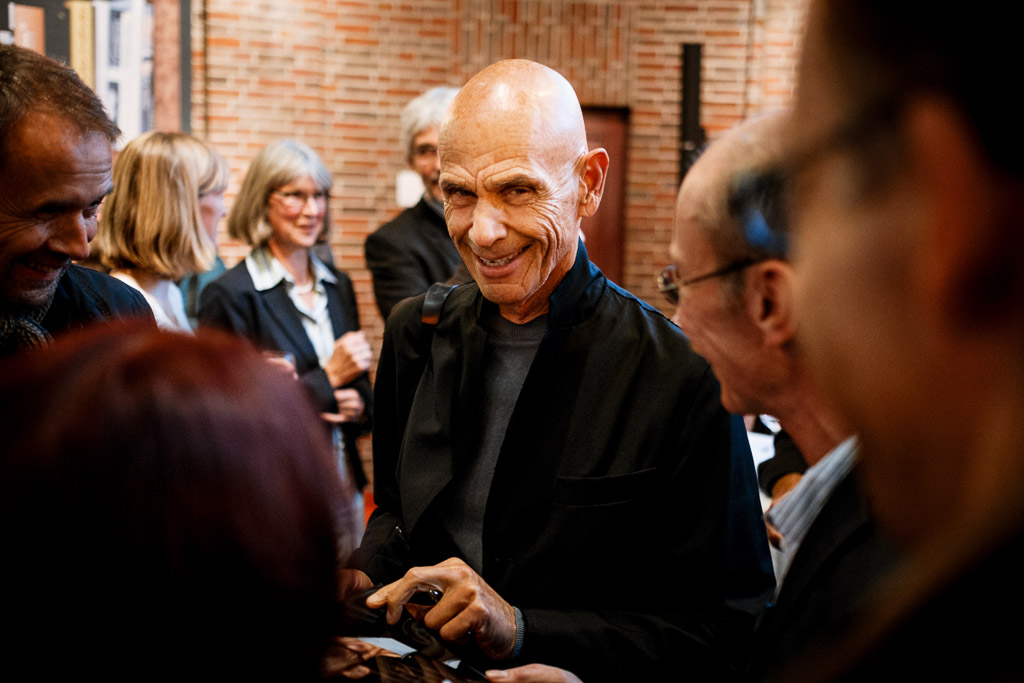 Joel Meyerowitz signing books at the opening of his show in Düsseldorf.

While color is an important factor in most of his street photography, later on Meyerowitz made it the central element of his pictures. His 1978 book Cape Light is one of the classics of color photography.

Right after 9/11, Meyerowitz got access to the area around Ground Zero. His pictures, published in the book Aftermath, are testament to the devastation brought on by the attacks. 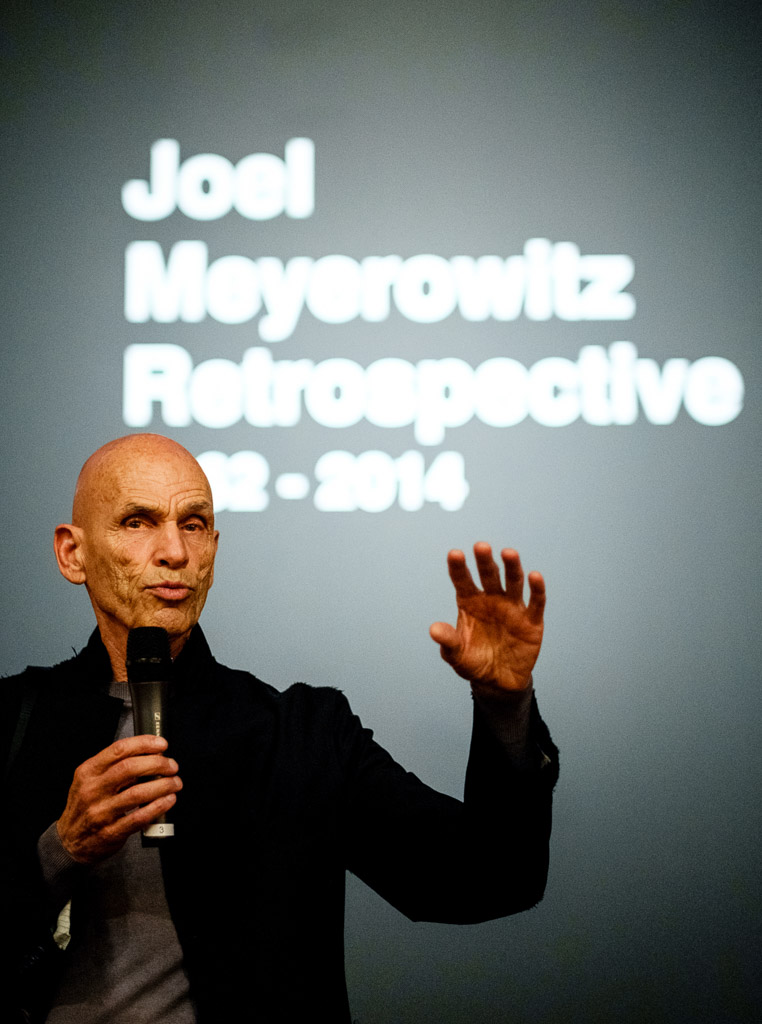 Joel Meyerowitz talking about his work at the opening of his show in Düsseldorf.

Last week I finally met Joel Meyerowitz in person at the opening of his show “Joel Meyerowitz – Retrospektive 1962 - 2014” at the NRW Forum in Düsseldorf, Germany. The show encompasses all the different areas he worked in, from early street photography to his Cape Light pictures, on to portraits and the Aftermath body of work. It will be open until January 11, 2015 and is definitely worth a visit. 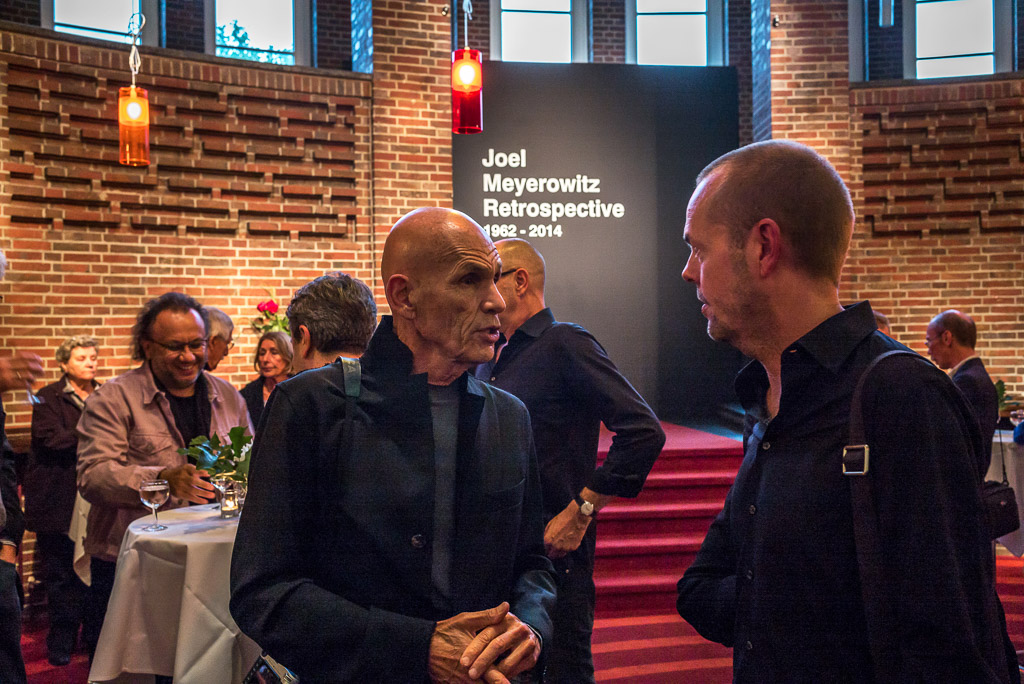 Joel Meyerowitz in conversation with yours truly. Photograph courtesy of Sven Pipjorke.

Speaking to Joel about his work and about why we have to wait this long for the trade edition of his two-volume book Taking my time (the book is true to its title: I ordered mine through Amazon in January of 2013 and still get notices about further delays; however some of the 1.500 copies of the deluxe edition are still available) was very enlightening. His wonderful wife, Maggie Barrett, accompanied him to the opening, and she was no less interesting to talk to than him. Having been a dancer, an acress, a playwright and a novelist, her life is as varied as Joel’s photographic oeuvre. 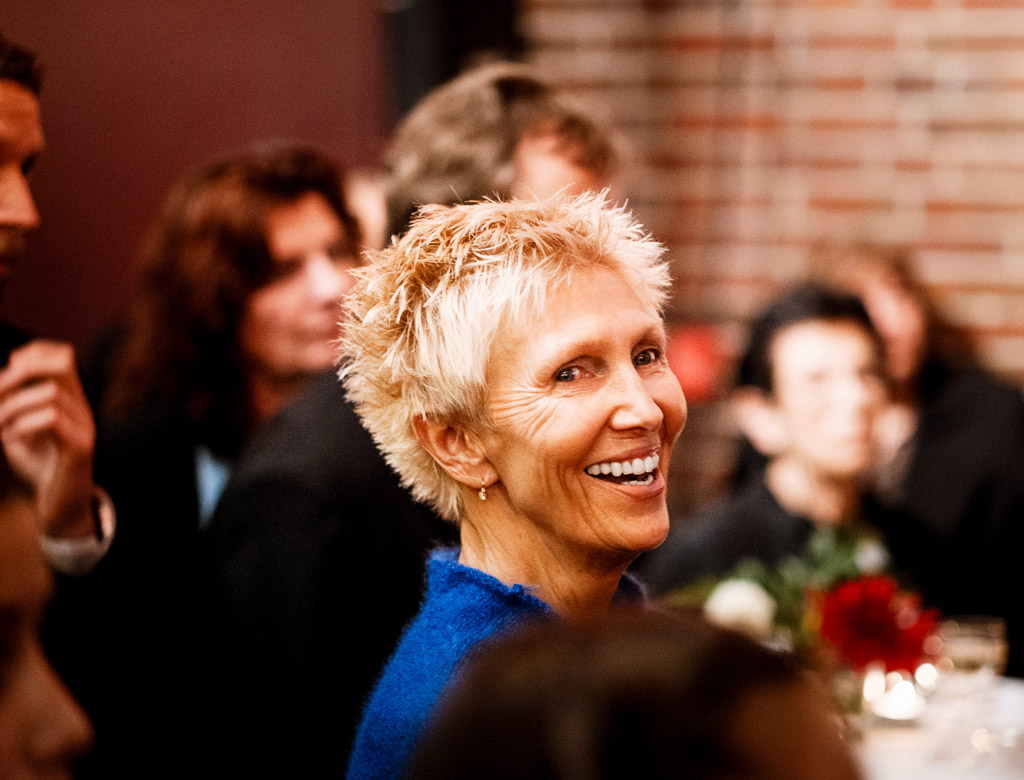 So, if you come to Düsseldorf before January 2015, make sure to stop by at the NRW Forum.