Earlier this week, on Tuesday, to be more precise, Helmut Schmidt passed away at the age of 96. He was one of the most respected politicians of post-war Germany. As a senator in Hamburg he was instrumental in dealing with the consequences of the 1962 flood and gained widespread popularity. From 1974 through 1982 he served as Chancellor of the Federal Republic of Germany.

The news of his death reminded me of an event back in 1983. Helmut Schmidt's party, the SPD (Social-democratic Party), held its final rally in my hometown of Essen in the Grugahalle, one of the the biggest indoor arenas in the country at the time. 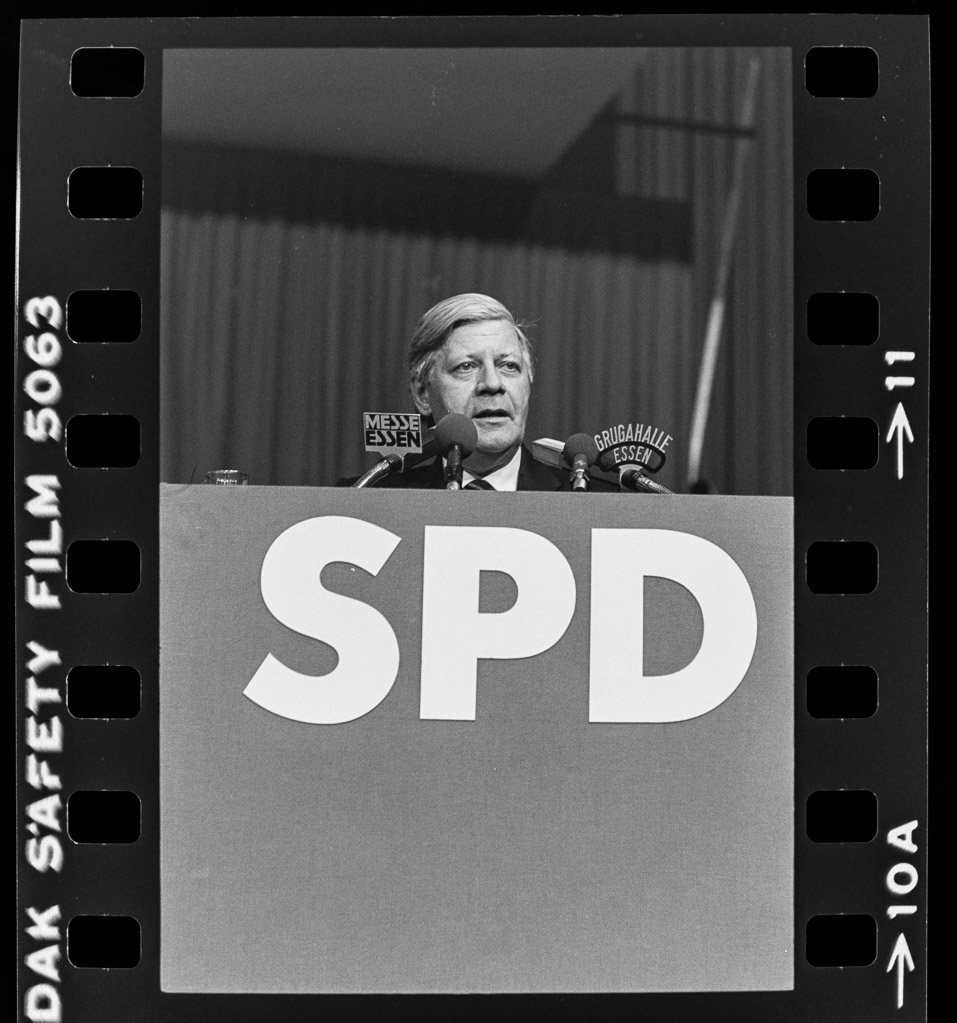 Helmut Schmidt speaking to the audience in the Grugahalle.

I was 17 at the time. Security was not very tight then, I got into the area reserved for photographers simply by having two Nikons around my neck and by trying to look busy. My film of choice was Kodak Tri-X, pushed to ASA 1600. The longest lens I had was a 135mm f/3.5, so you can imagine that we got pretty close to the politicians. 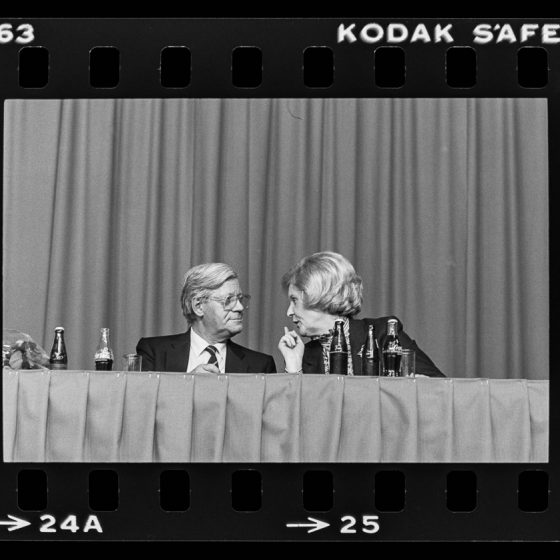 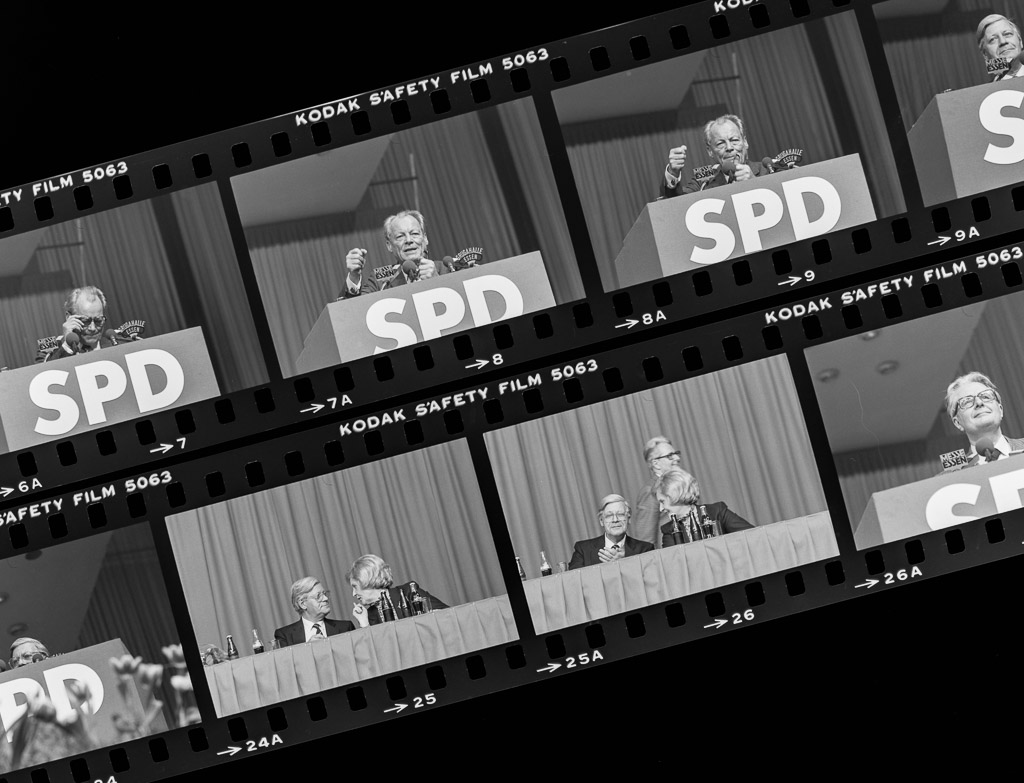 The atmosphere in the arena was very different from what you would see today. Smoking was still allowed, and you can guess what the air was like by looking at the smoke in the background of the next picture. 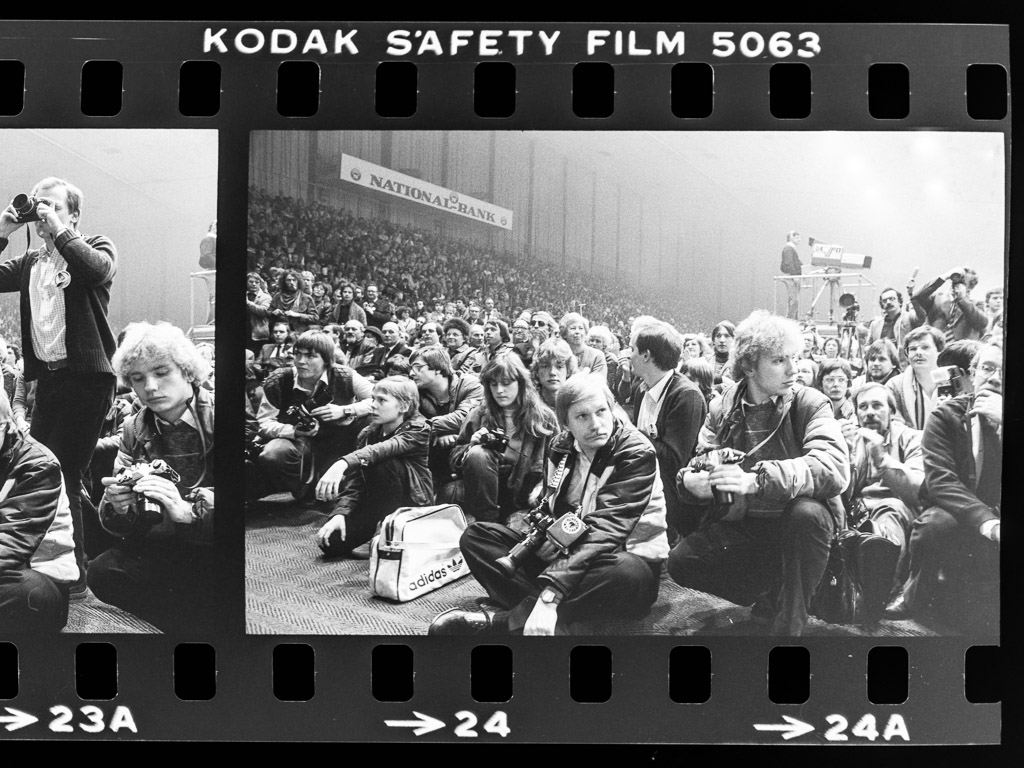 A look back into the Grugahalle arena.