In the political realm, the relations between Cuba and the United States have been less than perfect for more than half a century. Since the Cuban revolution of 1959, tension and confrontation have become their defining qualities. Cuba is under an economic embargo of the U.S., and Americans wanting to visit the country have to work around travel restrictions. The rhetoric of Cuban leaders towards the country’s large northern neighbor has been less than friendly, to say the least.

The good news is that things look much brighter on the personal level. When I traveled to Cuba for the first time, the symbols of the revolution and the political system were everywhere. Portraits of Ernesto “Che” Guevara, the Cuban flag, and propaganda statements (“Socialismo o muerte”, socialism or death, being an example) can be found on the walls of many buildings. However, it soon became clear that these reflect the official side of things. For better or worse, many Cubans seem to cherish the emblems of the capitalist system, sometimes in the form of brand-name items, sometimes simply in the form of the national symbols.

This became especially clear one day when I walked the Malecón in Havana in the light of late afternoon. The Malecón is the 5-mile sea boulevard of the city. Ironically, it has been built by the U.S. Army Corps of Engineers, beginning in 1901. Today it is a place to hang out, walk along the seaside, take a dip in the water, listen to street musicians and meet friends. Right after I began my walk at the Castillo San Salvador de la Punta, I saw a group of young people playing and jumping into the water. One girl caught my eye, mainly due to the design of the bikini she wore. I had not expected Cubans to show the colors of a country considered an enemy by the political elite so openly. With the few words of Spanish I know I established contact and asked if I could photograph her. She agreed right away, so I grabbed my Leica and was rewarded with this picture. 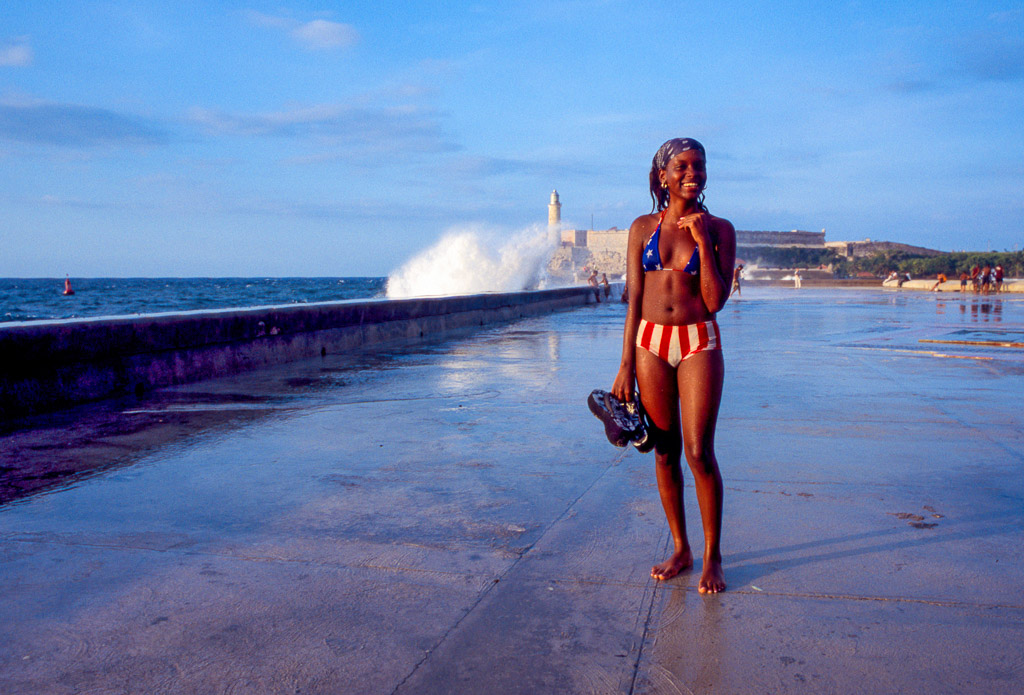 Girl with Stars and Stripes bikini on the Malecón, Havana, Cuba.

Later on, I discovered more and more fascination with life outside the country, and especially in the U.S., among young Cubans. This young gentleman was sitting in a doorway, studying a brochure advertising travels to places in America which had been given to him by a tourist. 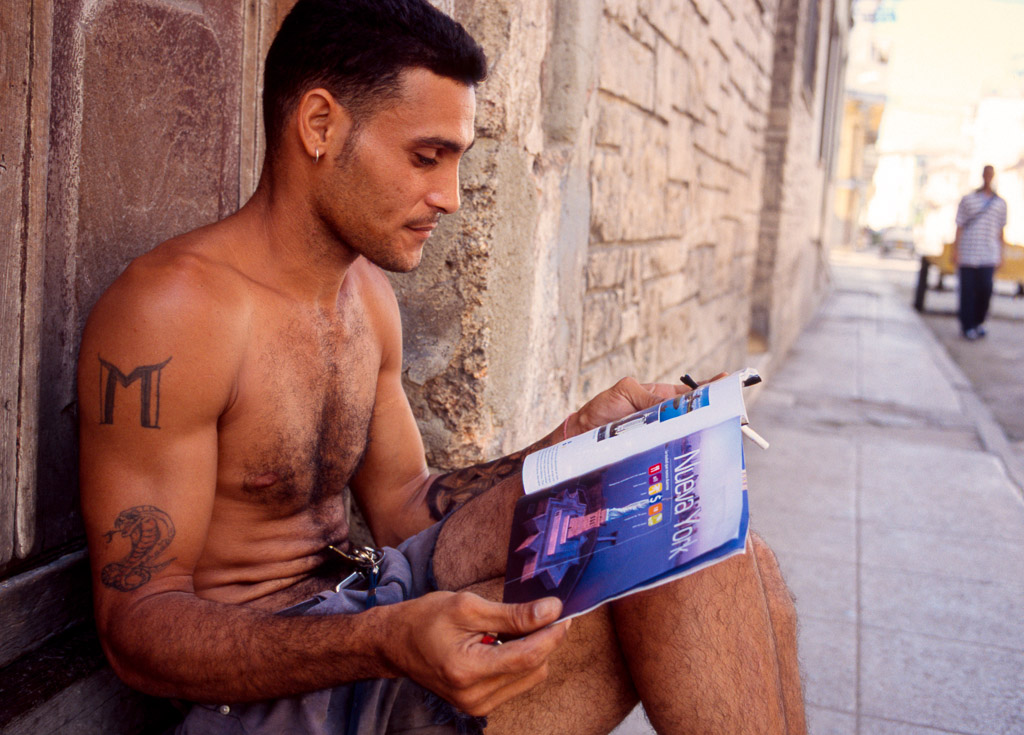 Ricardo García, 26, dreaming of traveling to the United States.

Only time will tell if the allure of Western symbols is only superficial or if it will lead to a political and economic transition.