Whenever two photographers meet and talk about their occupation, they will inevitably end up taking pictures of one another. So happened back in 2005, when I was in Mexico shooting the preparations for the Día de los Muertos and a story about the island of Mexcaltitán (more on both in later posts).

Walking around the Palacio de Bellas Artes in Mexico City, I noticed an older gentleman taking pictures of tourists in front of that wonderful piece of architecture. He held a somewhat unwieldy looking camera, which at further inspection revealed itself as a Polaroid model. Fidel Angeles López, as his name was, spent his days approaching visitors to the Palacio, talking them into being photographed by him and sold them the resulting Polaroid picture. He had a very charming apperance and I talked to him for quite a while, which can be taken as an indication of his patience as my command of the Spanish language leaves a lot to be desired. 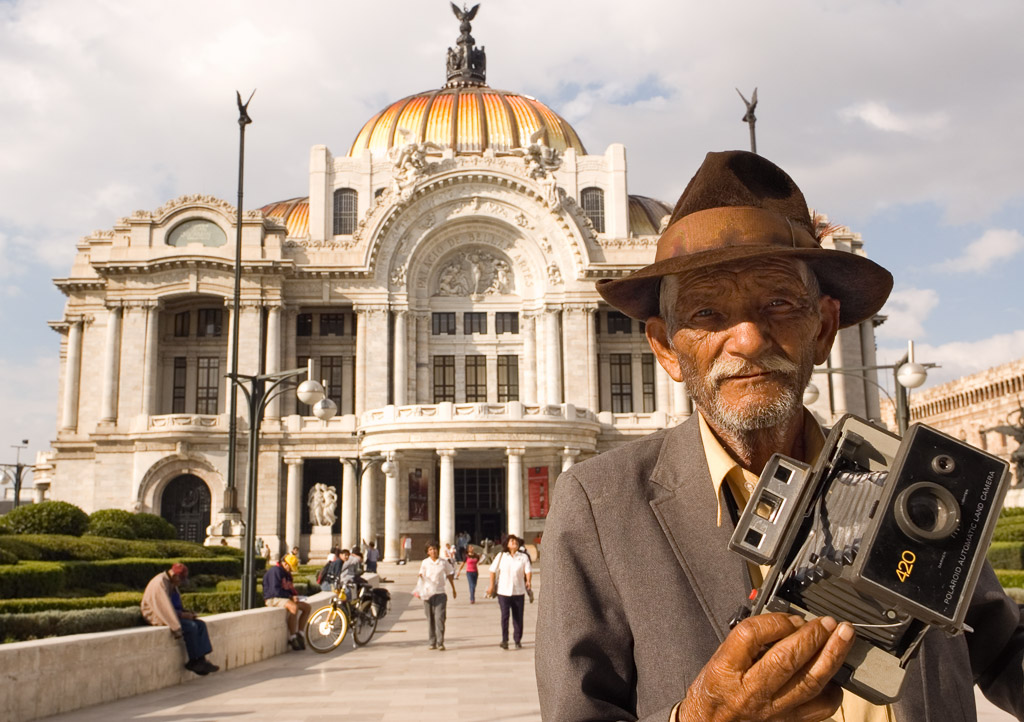 I think it is safe to assume that with the advent of ever-present smartphone cameras and the phenomenon of the selfie his business model is no more.

Oh yes, he did photograph me, too. Here's a scan of the original Polaroid. 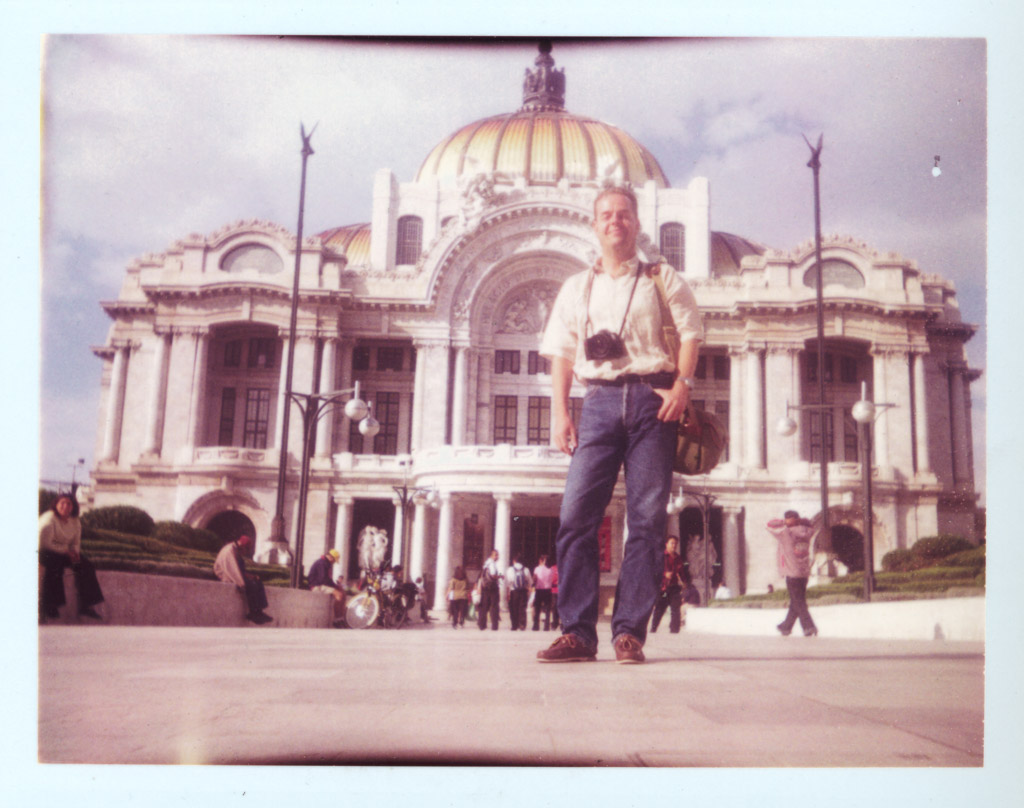 Yours truly in front of the Palacio de Bellas Artes, Mexico City.