Disclaimer: I am an Oberwerth Ambassador. This means they send me stuff to review (and actually seem to listen to what I have to say about it). However, I don't get any compensation for this. The words you read here reflect my own opinion.

A little over one and a half years ago, I posted a review of the Oberwerth München camera bag here. It was the first time I ever posted an equipment review on my blog, as I rather show and discuss pictures than gear. However, I’m also very much into camera bags, actually to an extent that makes some friends call me crazy, and felt the need to share the experience of using the München with my readers. Now, that feeling has returned after trying out another bag. 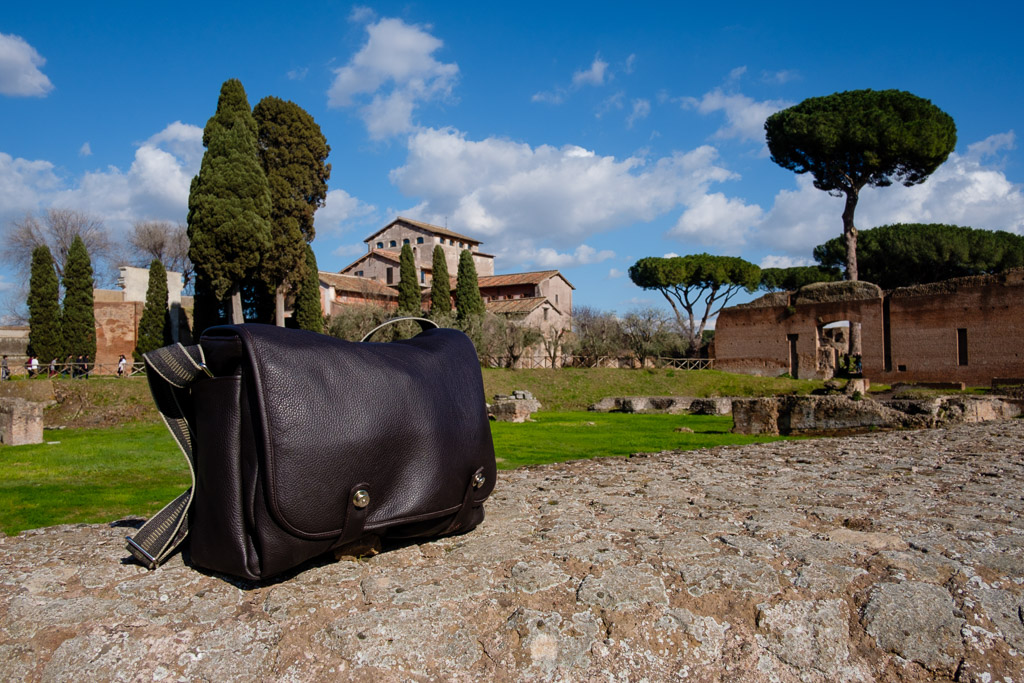 The Oberwerth Richard bag at the Forum Romanum in Rome, Italy.

As you can see from my previous review, I really liked the München, with the exception of the fasteners being attached to the lid of the bag, which makes you pull down the whole affair when you try to close it with one hand. I told the Oberwerth people and they promised to think about it.

And they did (at least that’s what I tell myself). They came up with a new line of bags, which they call the Casual Line, as opposed to the Classic Line, of which the München is a member. The Casual Line counterpart to the München bag in terms of size is the William. As I already have a few bags of exactly that size and sometimes carry a longer lens, I decided on the Richard model, which is about 2cm (four fifths of an inch for you antimetricands) larger in every dimension.

The surprise came when the bag arrived at my home. The Oberwerth company brags about the leather they use for their bags and honestly, they have every right to do so.  The smell of the leather, its look and its feel to the touch are in a class of their own. I realize this is not something one could objectively measure, but this is an item that exudes quality and craftsmanship. Also, the leather is tanned using an environmentally friendly process based on vegetable extracts. 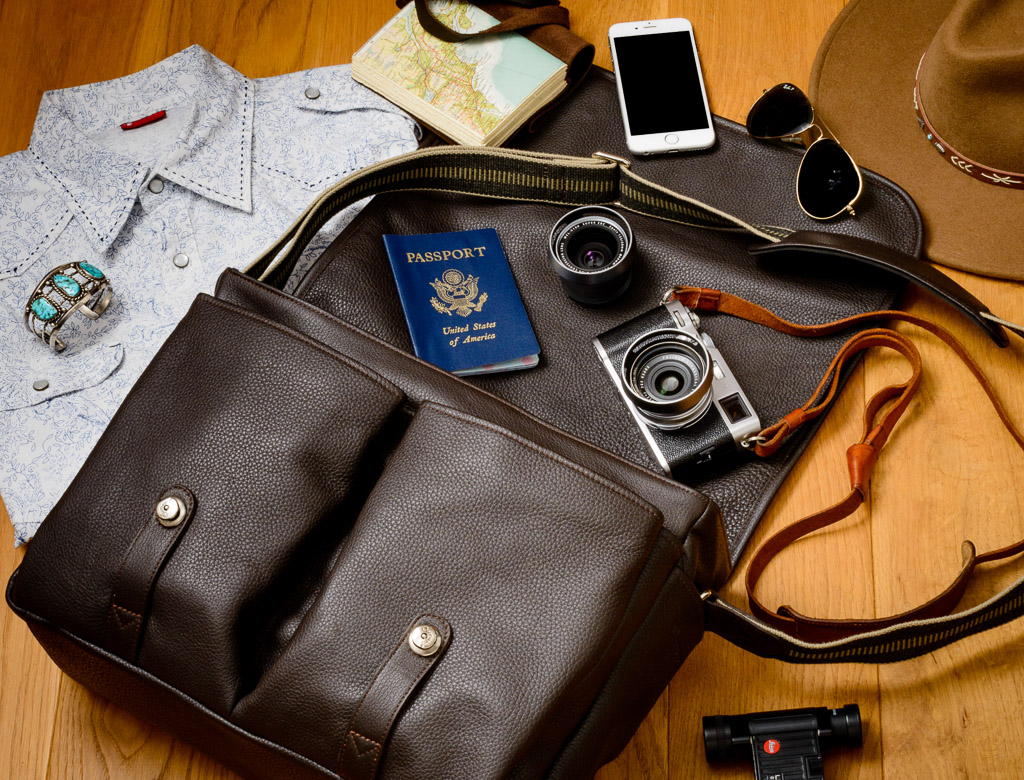 And yes, the Casual Line bags have the straps that hold the LOXX fasteners attached to the lower end of the bag, so you pull them upwards to close it. As I already stated in my München review, I like the LOXX fasteners not only for their design, which is beautiful and simple, but also for the ease of operation and the fact that they open and close silently, contrary to fasteners involving Velcro, which some other bags use.

The interior of the Richard bag consists of an insert that can be taken out easily if you want to use it as a messenger bag. The insert can be partitioned according to your needs with soft dividers. After talking to the Oberwerth people, describing what I wanted to pack and how, I eventually received a set of dividers that were just right. If you’re really interested in this bag, my advice is to look at the packing examples on the Oberwerth website and then call them to figure out what configuration would be right for you.

As I said before, the Richard is a little larger than my previous bags, including the München. The extra centimeters come in very handy when I carry the Fuji XF 50-140/2.8 zoom. Even mounted on a Fuji X-Pro2 or X-H1 with the additional 1.4x teleconverter, the lens fits easily in an upright position. 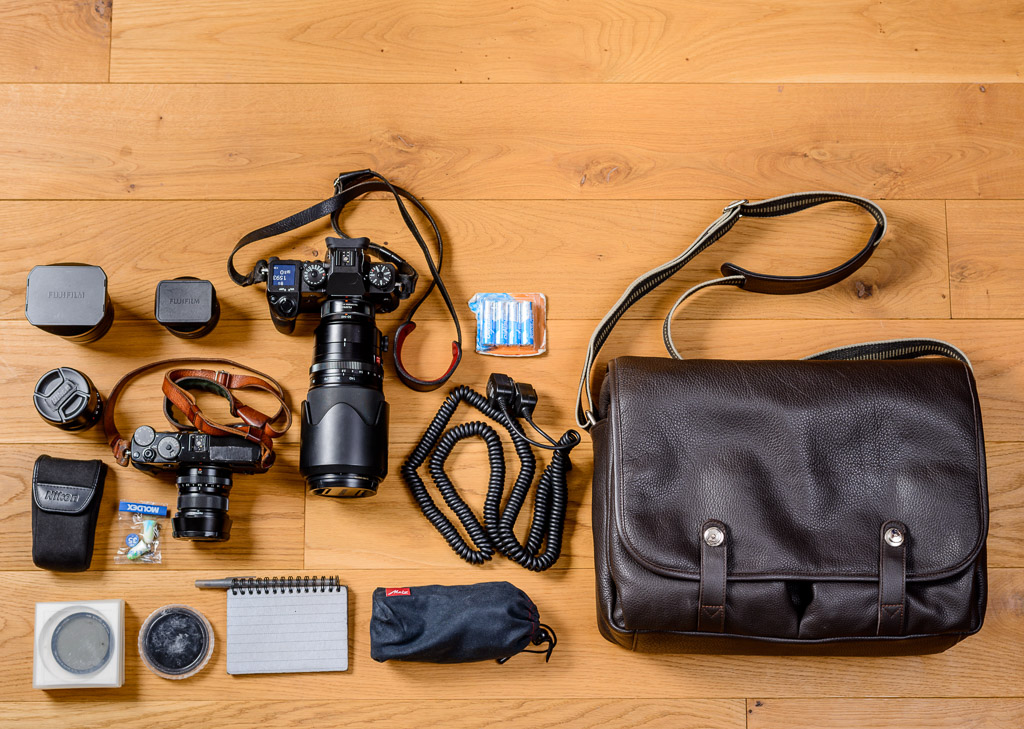 Just like my other Oberwerth bag, this one is a pleasure to carry. This spring I visited Rome to photograph, among other things, an Elvis impersonator visit the Pope’s General Audience. One day I walked around town for 26km (a little over 16 miles), carrying two Fuji X-Pro2 bodies, six lenses, a small flash unit and some other stuff in it without problems.

The one thing that is indeed less practical about the Richard bag is that it doesn’t have a handle like their Classic Line bags do. The soft leather doesn’t lend itself to have one attached to the lid, and I also think it would look odd on bag with such a clean and simple design. That is bad news. The good news is that the company’s product managers actually listen to what customers say, and they came up with a very practical solution. They now offer an accessory handle that securely attaches to two metal rings hidden under the shoulder strap. It’s made of the same leather as the bag itself and can be flapped to the back side or quickly taken off if you don’t need it.

Unfortunately the handle adds a bit to the price of the bag, which isn’t exactly cheap to begin with. You will have to decide for yourself if owning a bag that looks and feels great, is very functional and definitely made to last is worth its price.